More about the show
The Pacific Design Center is pleased to present a solo exhibition by French painter Jean-Philippe Delhomme, titled Paint & Body.

Paint & Body will debut a series of Los Angeles cityscape paintings, created by Paris-based artist Jean-Philippe Delhomme upon his return to the city after a three year hiatus. These new large scale works will explore Delhomme’s relationship with the city as a foreign observer, and a number of smaller artworks from 2018 and 2019 will also be on view.

Delhomme paints scenes devoid of human presence, based on direct observations of urban landscape. Through the subject of the enduring built environment, Delhomme’s works illustrate the past, present, and future of Los Angeles amid constant transformation. The scenes he depicts capture fleeting, barely perceptible moments. For a foreigner, the environment of Los Angeles is often familiar through iconic films and consequently produces a feeling of déja vu. However, Delhomme’s sense of intimacy with the city derives more from the work of artists whose practices examine the visual iconography of California, rather than cinema.

Delhomme notices: “The LA landscape I see while driving - a random alphabet of signage, solitary parked cars, empty spaces, all visions which stop me as the start of a painting - is Ed Ruscha or William Eggleston, and at the same time, not be seen but no less there, a landscape inhabited by the immaterial presence of Baldessari’s wit and Chris Burden performances”

A central presence within the works is the car, emphasized by the show’s title which pulls directly from one of the many car repair shops that punctuate the city. In Delhomme’s unoccupied landscapes, the cars become more than machines, but bodies portrayed as real inhabitants of Los Angeles. The exhibition will also introduce Delhomme’s new series of graffiti paintings, titled Inscribed Landscapes. These works explore the presence of writing and graffiti tags in the urban environment, where they appear as remnants of language and a lingering human presence. In Paint & Body, Delhomme’s paintings consider graffiti tags as abstract art forms and explore the interaction between writing and urban landscapes. 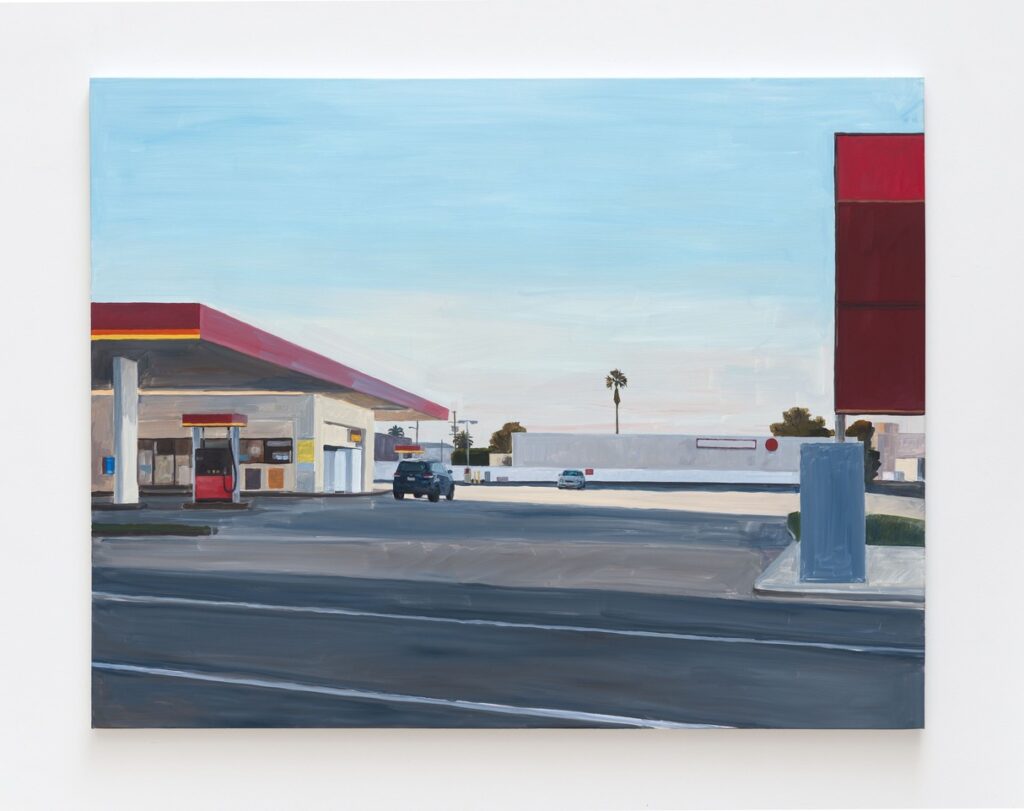 How to get to the PDC
PDC Design Gallery Directions + Parking

Thursday, February 16 from 8-10PM
Celebrate the Opening of Paint & Body 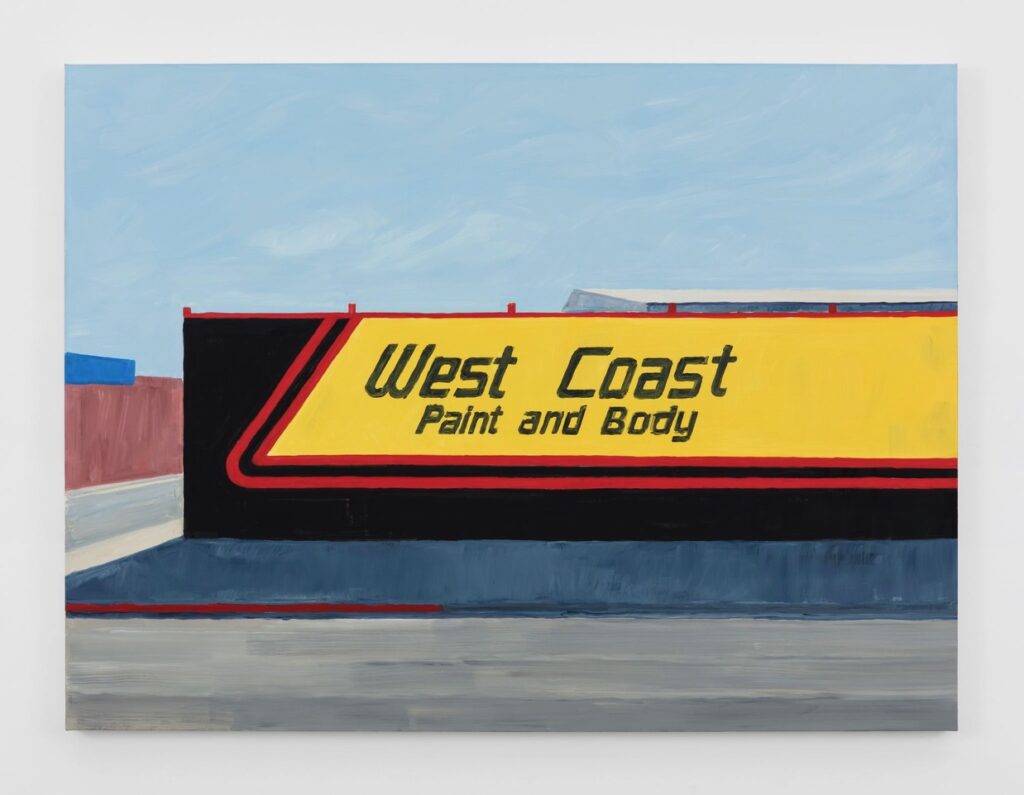